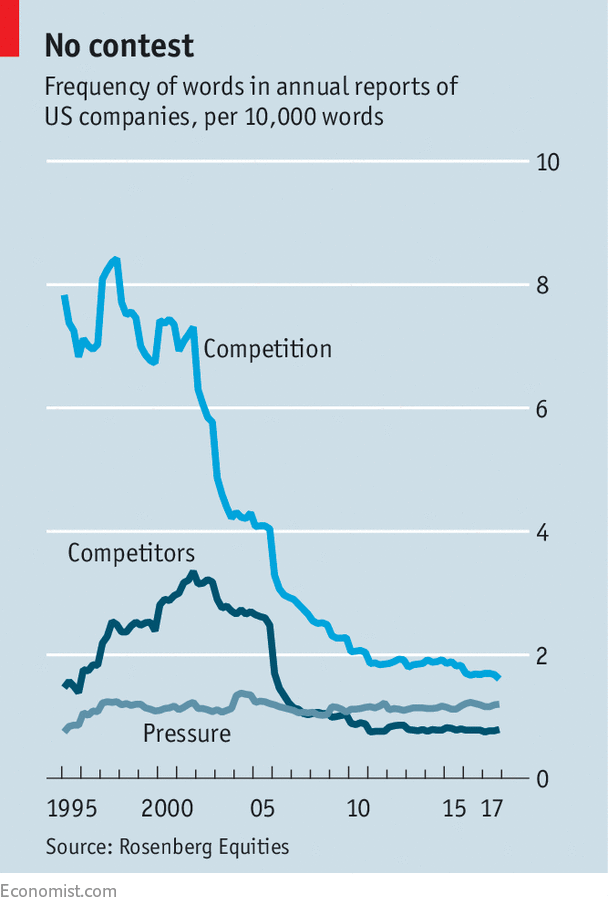 What explains the remarkable strength of corporate profits and the sluggish growth of real wages in recent years? One explanation is that industries are getting less competitive. Work by The Economist found that two-thirds of American industries were more concentrated in the hands of a few firms in 2012 than in 1997.

Research by AXA Investment Managers Rosenberg Equities into the language used in American annual reports points in the same direction. Sherlock Holmes famously talked of the significance of the dog that did not bark in the night. It may be similarly important that companies refer to rivals much less than they did; usage of the word “competition” in annual reports has declined by three-quarters since the turn of the century. Business is less cut-throat than it used to be.

WASHINGTON: Facebook said it was testing a new “button” to allow users to get more context about a...

DETROIT: Ford Motor Co plans to slash $14 billion in costs over the next five years, Chief...

WASHINGTON: A global investor group on Friday called for an independent investigation into a cyber...

I NEVER knew you could donate your hair until I read about the girl who sent in her 35cm ponytail...